Tom Brady has been going through a tough time of late, throughout this Deflategate saga Donald Trump has been very supportive to the NFL star.

Brady wouldn’t confirm on Tuesday whether he plans to vote for Trump in the 2016 United States presidential election, but the New England Patriots quarterback acknowledged he has a solid relationship with the presidential candidate.

They even have a history of hitting the links together.

“I don’t know. Am I going to vote for him? That’s a very good question. Honestly, he’s a good friend and we’ve had a lot of time on the golf course together over the years, probably not much recently, but when I was in my younger days, I would have more time that I could spend doing those types of things before there were kids. We spent a lot of time golfing together and he’s a hell of a lot of fun to play golf with.”

A Trump-themed “Make America Great Again” hat recently was spotted in Brady’s locker at Gillette Stadium, further highlighting his friendship with Trump, who congratulated the quarterback via Twitter for winning his Deflategate suspension appeal in federal court. 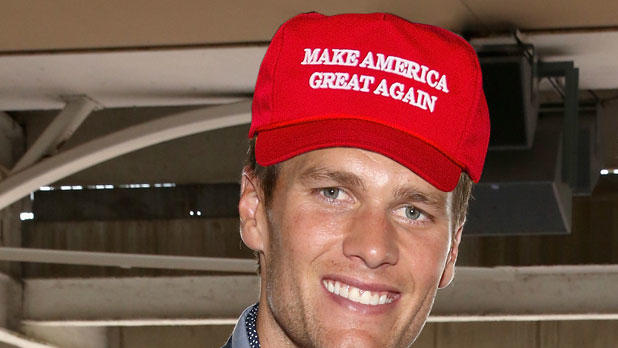 We think Trump has got a little man crush on Brady and is sweetening him up by letting him play on his courses.