Life Preserver: Meet The Navy AIRR Who Is Dedicating His Life To Helping Others

The motto of the Air Rescue Swimmers (AIRRs)  is “So Others May Live.” We meet the heroic AIRR who is carrying this motto into other aspects of his life including feeding San Diego’s homeless population and helping underprivileged children. This is the story of Jamison Ware, an enigmatic young Sailor who is living a life of total unselfishness. 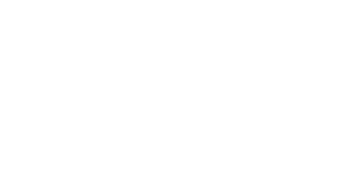 Ever since he can remember, Jamison Ware always had deep respect for his country. He grew up in the sweltering Florida Panhandle to military parents who were both in the US Air Force. The experience of seeing both parents serve their country gave Jamison a sense of patriotism from an early age. Not to mention, his childhood involved moving around a lot to different countries. While this experience opened him up to new cultures, it also forced him to make new friends quickly. Moving around is never easy for any kid, but Jamison embraced the experience and used it to fuel a sense of curiosity that would never leave him.

Seeing firsthand what a career in the Armed Forces was like, Jamison had a feeling he’d do something special in life, he just didn’t know what that would be.

“I always knew I wanted to be a maverick, but I wasn’t sure what this looked like,” Jamison jokes.

During summers as a teenager, he worked for Beach Safety, serving as a lifeguard for Okaloosa County Beaches in Florida. While others recognized his penchant for swimming, Jamison never thought that his career would rest upon this skill.

“I got great pride from lifeguarding, but I never for one second thought I would ever have a career rescuing people from the water,” Jamison continues.

In his early twenties, Jamison embarked on an adventure to New York City, eager to discover meaning in his life. Like many transplants to Manhattan, Jamison soaked in the buzz of city life while studying for his Master’s. He would wake up at 5:30 AM and go for runs along the Hudson River, still unaware that the water which he stared at every morning would play such a central role in his career.

As time went on, there was something missing in Jamison’s life that he just couldn’t put his finger on. Trapped by the mayhem of living in Manhattan and stymied by the extortionate cost of living, Jamison’s dream of becoming a maverick one day was diminishing before his eyes. One afternoon would be the catalyst for change.

A friend told him about a job in the US Navy called Air Rescue Swimming, encouraging him to consider it as a career path. Curious as ever, Jamison started to do some research on the job and felt a sense of excitement in every description of the role he read.

“It just seemed like something I could be good at,” Jamison says with an smile.

Knowing he probably had the skills as a swimmer and athlete to at least be considered for the role, Jamison decided to speak to a recruiter.

“It was that moment when I knew I’d found my calling. I was living my life without a strong purpose. Now was the opportunity to change that.”

Using the never-give-up attitude that his parents taught him, Jamison passed the grueling requirements to be an Air Rescue Swimmer. He packed his bags and said goodbye to New York, a city that offered so much promise but did little to instill any sense of purpose in his life. A five hour flight later and Jamison had arrived in San Diego, California. This was to be the beginning of a life-changing adventure.

Stationed on Coronado Island, Jamison quickly fit into the culture of the Navy. Hard work, team-building and a laser-focus on completing missions were qualities he relished, and he quickly seized the opportunities that the job threw at him. A new family was building around Jamison; men and women who were like him – people who wanted to help others first and make the world a safer place.

The motto of the Air Rescue Swimmers (AIRRs) is “So Others May Live.” When lives are on the line, Navy Aviation Rescue Swimmers (AIRRs) are adept at answering the call. These brave men and women embody the courage of America’s Navy – readily going into harm’s way to complete their rescue missions in some of the most extreme environments imaginable. AIRRs are a tightly knit group, dedicated to being the top emergency response unit in the world. They routinely put the safety of others before their own – applying intense physical and mental training to challenging real-world situations where there’s no margin for error.

AIRRs must be prepared to enter the most treacherous conditions to provide recovery and relief for rescue missions, humanitarian assistance and operational support. The job of an AIRR can include working as an aircrew on a SH-60 helo, where the primary duties are to coordinate with the pilots to ensure success of various fleet missions; saving pilots of downed aircraft, people aboard stranded or capsized vessels at sea, or hikers and mountain climbers in danger; rescuing civilians during natural disasters and collaborating with other forces, such as the Coast Guard.

In addition to this, AIRRs may be required to deliver aid and supplies to other countries in humanitarian operations; provide support to Naval Special Warfare Operations; conduct surveillance in anti-submarine warfare and drug interdiction operations;  operate radar, Forward Looking Infrared sensors, missile systems and door guns in anti-surface operations, as well as transporting troops and cargo to and from ships.

“If you think about yourself first, you shouldn’t be an Air Rescue Swimmer. It’s about total unselfishness… putting your life on the line so others can go home to their friends and families. There is nothing more gratifying than helping out someone in need.”

For many people, their job is their job, and their personal life remains a separate living thing. That couldn’t be further from the truth for Jamison. His work as an AIRR has awoken a sense of unselfishness that most people will never discover. The joy of helping others and preserving their lives has carried over to Jamison’s personal life and the community he immerses himself in. On Monday nights, Jamison leaves Naval Air Station North Island on Coronado Island for the streets of downtown San Diego, where he spends hours feeding the homeless. The charity is called Streets of Hope, and they are making the lives of America’s homeless population better, one meal at a time. Jamison often sits down to talk to them about their struggles and encourages them to never stop believing. 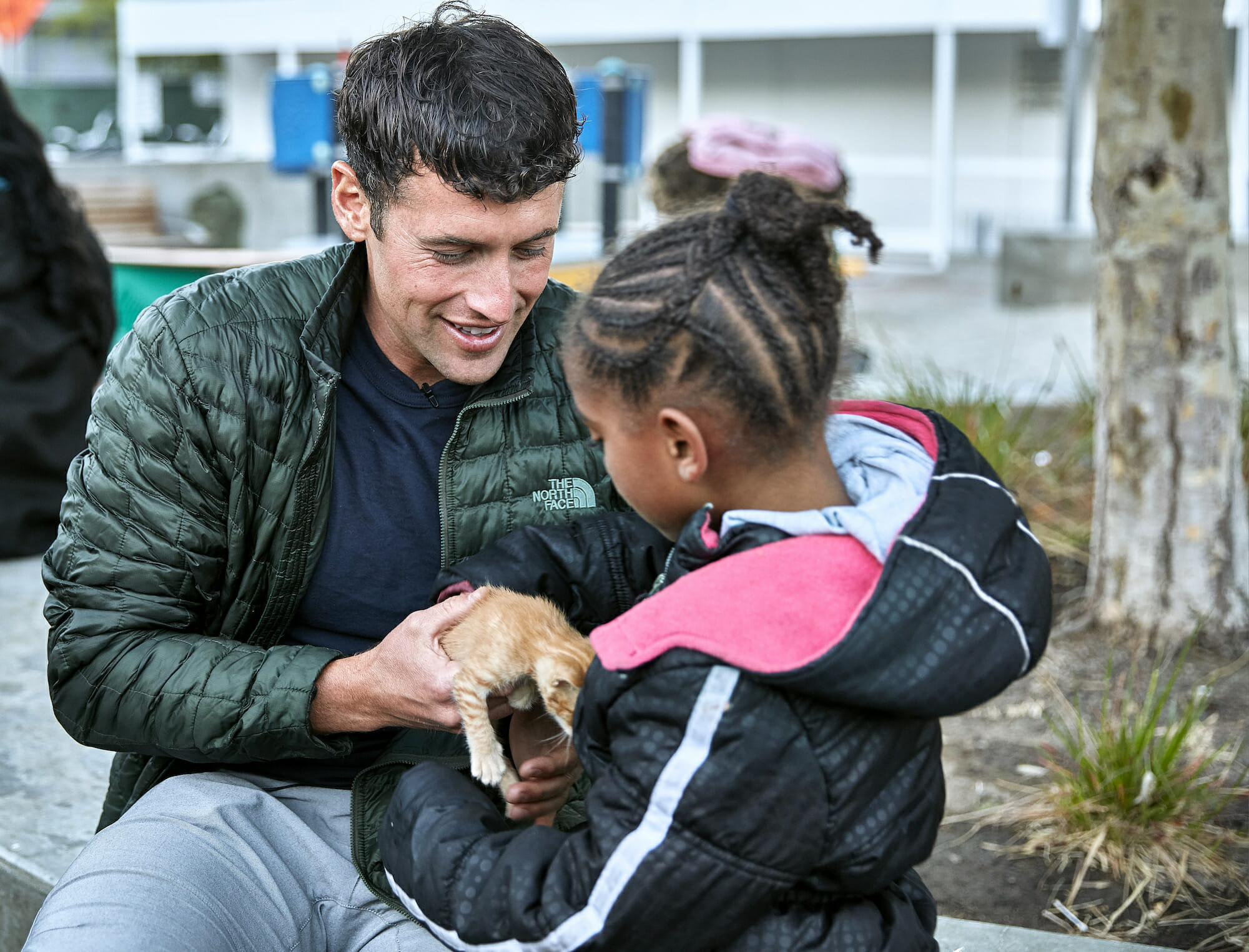 On Saturday mornings, Jamison shares more of his time with Traveling Stories, a non-profit based in San Diego whose mission is to help teach literacy to underprivileged children. It is these philanthropic ventures that give Jamison the greatest joy in life; something he would never have discovered had he not reached out to his recruiter during those soul-searching days in New York.

Back in the Navy, Jamison has just re-enlisted, continuing on the adventure which has taken him to dozens of countries and has further opened his eyes to the diversity and cultures that shape our world.

“People don’t realize this, but the Navy is doing incredible philanthropic things in all corners of the globe to make the world not just safer, but better,” Jamison adds.

For now, San Diego remains home, and for the foreseeable future he will continue to balance the life of an AIRR with his efforts to help others in need.

“Being an Air Rescue Swimmer… you have to retract oneself from the equation and making the focal point about others, specifically serving others. It’s not just applicable to the Search and Rescue community, it’s imperative in all communities. When we re-orient ourselves from an individual to a team, tremendous growth and fulfillment occurs.”

Visit Navy.com to watch other inspiring stories of Sailors.