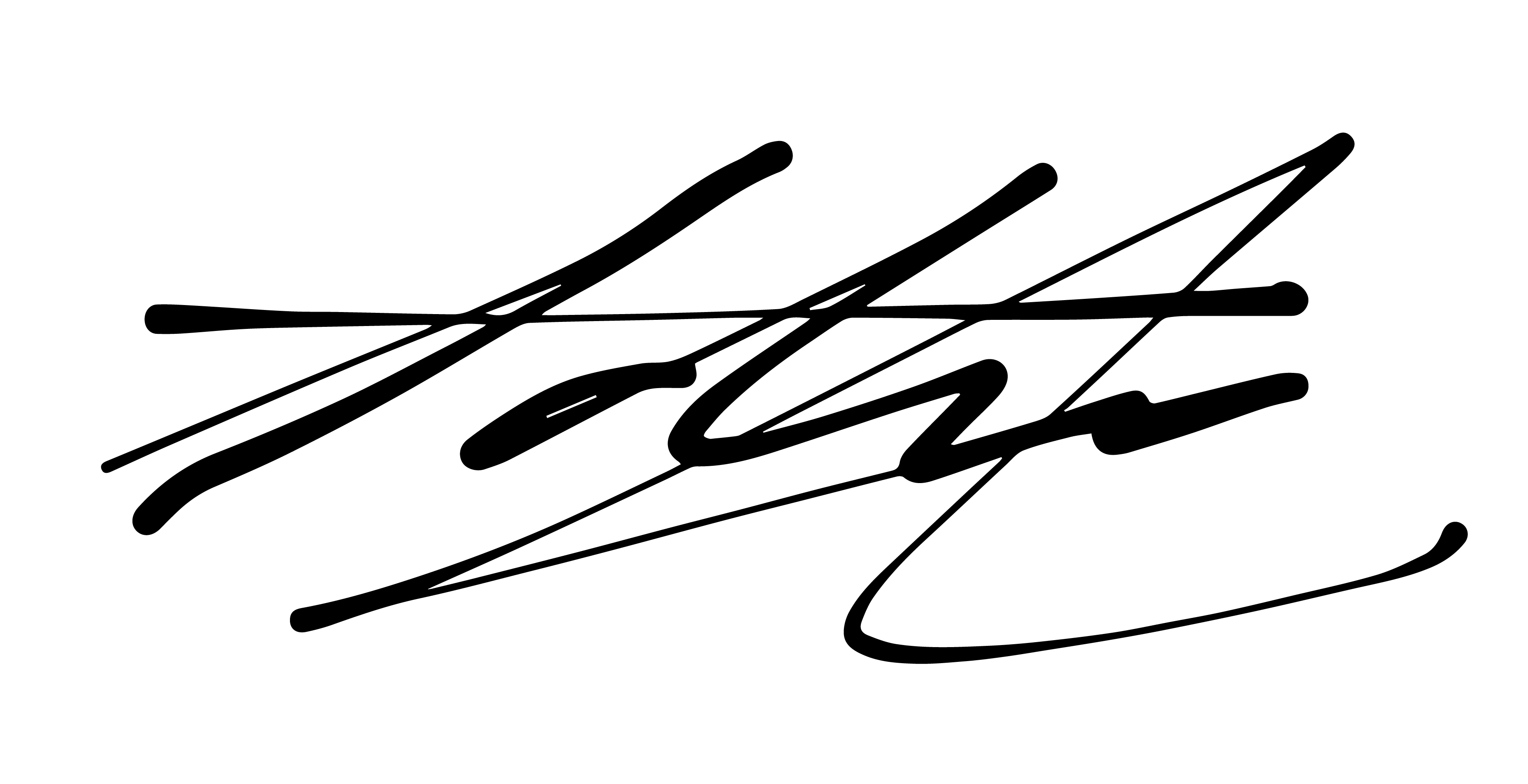 As pure entertainment, football has achieved something resembling its final, perfect form. But the gap between The Rich and The Rest has never been greater.

With the continuum of time and space having not yet quite un-wobbled itself after Gareth Bale’s reality-warping bicycle kick in the Champions League final, we are, unbelievably, less than a week away from the World Cup Finals in Russia. So glutted and breathless are the football-watching public after a season of Salah, City, and stunning goals that we’ve arrived at the game’s biggest competition with a collective, “Oh, right, yeah, the World Cup!”.

We England fans haven’t even had time to indulge in our usual pre-tournament traditions: complaining about the manager, exercising furious scrutiny to see who’s singing along to the national anthem in warm-up games, and getting offended by people we imagine are offended by the cross of St George. We have, just in time, managed to elect Raheem Sterling as our go-to scapegoat for when our team from a tiny island inevitably loses in the first knock-out game to a much more talented side from a much larger country unshackled by endemic alcoholism and repressed colonial guilt, but it’s come later than usual. (Still, Come On Eng-ger-land!).

Only yesterday did I remember to start my own pre-World Cup routine of watching ‘that’ Carlsberg advert (“Do it for Bobby”), alternated with the music video for New Order’s ‘World in Motion’, over and over again for at least an hour per day. I needed a moment to catch my breath and re-order my thoughts after Bale’s goal before I could sing along to that John Barnes “rap”.

Football fans in Europe really can’t believe their luck at the sheer quality of entertainment provided by the 2017-18 season. Players like Messi, Ronaldo, Bale, and their newly anointed peer Mohammed Salah, have made the impossible habitual. Already stellar teams like Barcelona and Manchester City have shone brighter than ever before. Longstanding records of Goals Scored, Points Gained, Games Unbeaten, and Mourinhos Upset have been toppled with alarming frequency. It has been sensational to watch.

But all of this comes at a price. Footballing inequality. The gap between The Rich and The Rest has never been greater. Obviously, this has been true at the end of each successive season since around 1991. But something stands out this year. The gulf between the sublime and the sorry has been highlighted in ways that have begun to tug at the fabric of the sport itself, not just its financial structuring. As pure entertainment, football has achieved something resembling its final, perfect form. As a community-led activity fundamental to the self-expression and social cogency of the working classes, it’s never been more damaged.

The statistics have nowhere to hide. The watershed moment in Europe might have been 2015-16’s Ligue 1 campaign, which PSG won by an unbelievable gap of 31 points (Lyons, who came second, were closer to the relegation zone than the title), but this season might be remembered as the one in which the inequality trend became general across Europe’s top leagues. Here are the points-margins between 1st place and 2nd place in Europe’s premier divisions at the end of the 2017-18 campaign:

Though only the Premier League margin was an all-time record-breaker this time around, the fact that all four of these leagues had a title-winning margin of more than 12 points during the same season is borderline unprecedented in the modern game. And if you were to ask followers of these leagues about this season, they’d invariably tell you that the winners were all but decided by around Christmas time. In England, anyone speaking realistically acknowledged that City were untouchable by October.

Some of the things achieved domestically by Bayern, Barca, Paris, and City over the course of this season, alongside the Champions League exploits of Real Madrid, have been truly remarkable, not just in terms of statistics, but by measures like ‘amount-of-breath-taken-away’ and ‘number of times you couldn’t believe what you were seeing’. But a good barometer of what the trade-off has been, in English football at least, is to look at the plight of Sunderland.

I am from Newcastle upon Tyne, and I’m an ardent and committed Newcastle United fan. Out of absolutely nowhere, and with a threadbare squad who looked more suited to the lower divisions, my club managed to finish in the top-half of the Premier League table (thanks mainly to the nous and intellect of Rafael Benitez). I was delighted. Many of my fellow Geordies were even more delighted to see that our one-time rivals, Sunderland, suffered a second successive relegation and plunged into League One. But amongst the jubilant schadenfreude, most of us in Newcastle recognised the sad and profound significance of the Mackems’ utter freefall.

As a post-industrial city with a population below 180,000 and precious little modern economic investment other than from the EU Commission and Lottery Funding, Sunderland was understandably proud of at one time being able to boast a football team competing in the world’s best league. This is the stuff that the game exists for. The emotional and socio-historic value of the club to the city’s people absolutely cannot be overstated. We are, of course, talking about a predominantly male, working class demographic here. But in the light of Brexit and Trump, it’s a demographic that needs discussing. Football in the West is becoming just one more institution that has forgotten whom it is supposed to be representing.

Sunderland are not the only casualty. Look at the dire circumstances at Aston Villa, who only just missed out on Premier League promotion, but who are now suffering a financial meltdown. Look at Bury FC, who invested heavily in hopes of gaining promotion to the Championship, only to crumple into last place, and relegation into League Two. Look at the collapse of Hartlepool, who have only in the last few weeks been saved from liquidation. While the rich clubs get richer, any hope or aspiration at all shown by the smaller clubs ends up being punished brutally and swiftly.

Not so long ago, I attended a Hartlepool home match. A run of wooden hoardings across the upper tier of the Cameron’s Brewery Stand displayed the slogan, “Born a Poolie, Live a Poolie, Die a Poolie”. Once a rousing declaration of camaraderie and local pride, in the modern era it reads like the worst form of social, economic, and emotional determinism.

“With a clamour of bells that set the swallows soaring, the Festival of Summer came”. So begins Ursula K. Le Guin’s short story, ‘The Ones Who Walk Away from Omelas’. The imaginary city of Omelas is a glittering utopia, enriched and communal, beautiful and functional, aesthetically and scientifically advanced. But at its heart is a dark secret. In a dungeon beneath the city a child is kept locked away in horrifying squalor, neglected and abused. The happiness of the city relies on the misery of this child. Everyone knows this, and most accept it. Some, however, don’t:

“They go on. They leave Omelas, they walk ahead into the darkness, and they do not come back. The place they go towards is a place even less imaginable to most of us than the city of happiness. I cannot describe it at all. It is possible that it does not exist. But they seem to know where they are going, the ones who walk away from Omelas.”

As football’s own Festival of Summer explodes into life, there’s the nagging knowledge of Sunderland, the club and the city, having been cast into its own dungeon, the neglected figure we all know is there but which we must ignore to enjoy our plenty. The price we all have to pay to see the elite scale the dizzying heights they’ve attained this last year. And this is only considering the internal logics and shifts within the sport. We’ve not begun to consider the globalised socio-political evils wrought by FIFA’s swaggering corruption and exploitation of international resources and economies.

My love for the sport of football is pretty much unconditional. I can’t imagine a place where it doesn’t exist. But increasingly its systemically rotten structure makes me wonder if it isn’t time to walk away. If that time comes, I will walk. I won’t really know where I’m headed to. But I’ll know exactly where I’m going.

Perhaps football is simply a natural force or fabric made from waveforms, peaks and troughs whose amplitude and frequency are co-dependent. The higher and more often the peaks, the lower and more devastating the troughs. Perhaps the fundamentally Darwinian nature of competitive sport means that for every Manchester City, there must be a Sunderland. We have to hope, though, that football can discover some model by which the pursuit of excellence can co-exist with the cohesion of community and the fair distribution of means.

This is a conversation that was almost a cliché before it was spoken. Lamenting the fate of certain clubs, or the loss of romance from competitions like the FA Cup, is pre-emptively branded as blandly sentimental. It sounds like a tired argument. But that’s probably because everyone already knows it to be true. And yet little is done. Maybe it’s time to start having the conversation in the open, and to start thinking about possible solutions.

Aleksander Ceferin, the President of UEFA, has consistently outlined “competitive balance” as the dominant agenda of his presidency. He has also consistently given the caveat of his restrictions under lobbying from the elite clubs, and the reliance of the Champions League upon the participation of certain teams. After all, if Real and Barca aren’t playing, who’s going to watch?

But perhaps it’s time that the big clubs stopped mindlessly chasing television revenue and began negotiating with governing bodies to bring about a change in attitude, or risk losing the fertile valley which props up the mountaintops.

Oh, right, yeah, the World Cup. We’re less than a week away. Time to press ‘play’ on New Order again, sit back, and enjoy the spectacle. But I’d implore you all to watch Spain whilst remembering Sunderland. To consider Villa whilst you watch Salah, to think of Bury whilst fawning over de Bruyne. Remember that it’s Love, not success, that’s got the World in Motion. Remember that football is a radical, communal, beautiful form of human endeavour. Remember to express yourself, create the space, and hope beyond hope that Bernard Sumner was right: “When something’s good, it’s never gone”.