The Versed Insights uses data to investigate pressing social, cultural, and political happenings in the UK and beyond.

Data collected by The Versed has revealed that a larger percentage of people who live in Scotland and Ireland support the idea of a second Brexit vote than those living in England and Wales. 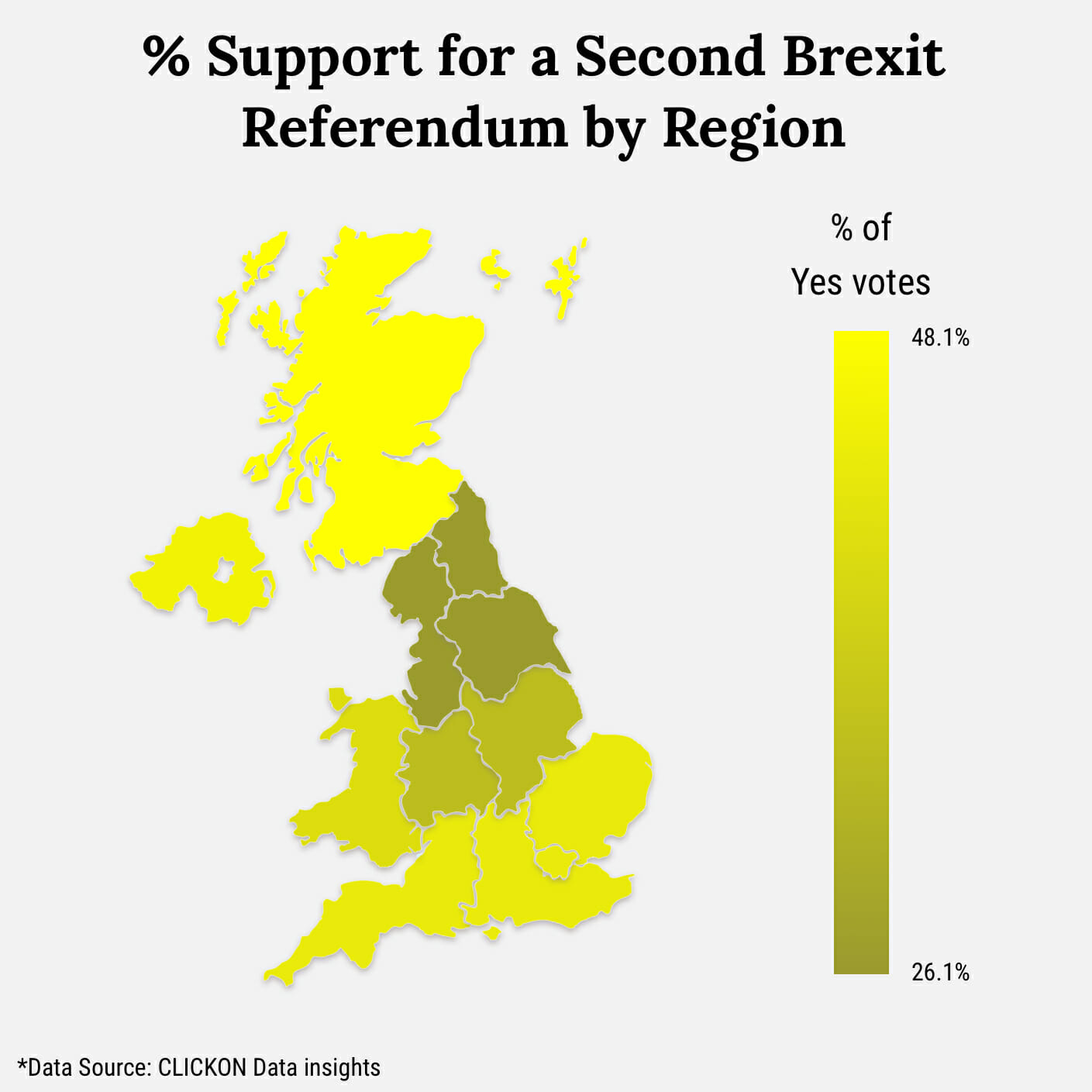 There were slight discrepancies between different regions in England, with people who live in the Midlands voting largely against a second referendum (68%) as well as those in the South (62%), while the North were the most opposed with 72% of people stating that they would not support a second Brexit vote.

Collating these regions into England as a whole, 67.1% said they do not want a second vote while just 32% of people said they do.

However, the chances of a second referendum actually taking are almost zero. Despite the fact that Brexit is largely considered to have negative economic consequences for the UK and little verifiable positives, the government is committed to fully severing from Europe come March 19th.

Calls for at least a vote on the terms for exiting the EU still gather pace however, with the Independent reporting back in April that “Support is growing for a fresh referendum on the final Brexit deal, according to a new poll showing the public back the idea for the first time”.

In their article, the Independent refer to a a study that found 44% of people are in favour of a vote on the terms of leaving Europe.

However with neither Conservative or Labour support, even a vote of this kind is highly unlikely. For now, at least, it seems the UK will have to come to terms with a post-Europe future.