According to a brand new study, sleep – or lack of – can reportedly impact your blood sugar levels and may affect the liver’s ability to produce glucose and process insulin which in-turn is increasing the likely-hood of metabolic diseases such as hepatic steatosis (fatty liver) and type 2 diabetes.

During the study, researchers were forced to examine two groups of mice. Both groups of mice reportedly had free and easy access to sugar water and fatty foods for the duration of the study, but one was able to sleep as much as they wanted while the other group was kept awake for six hours each night. After just one six-hour wake cycle, the sleep-deprived group of mice had higher blood sugar and higher liver triglycerides, which is an early warning sign of diabetes. The enzyme that modulates metabolism was also said to not work as efficiently after sleep deprivation which suggests that sleep can impact the human body on a cellular level.

According to Mbg Health, Naturopathic physician and registered dietitian, Jaime Schehr, N.D., confirmed that she witnesses the true power of sleep and how it can effect an individual in her day to day practice. “I find that improving sleep habits is a critical step for patients who have hit a weight loss plateau. This also goes for people who report weight gain without any major changes in their diets. There are other factors at play, to be sure, but when we are able to improve sleep, it almost always improves weight loss.”

This of course isn’t the first study (and most likely not the last) we’ve seen on the growing impacts of losing sleep, and just how much it really effects the human body. In the past we’ve seen studies confirm that losing sleep can increase the chance of catching a cold, causing an accident, developing heart disease, a decrease in memory and the risk of obtaining cancers sky-rocketing. Researchers also discovered that individuals with DSL internet access tend to sleep 25 minutes less than their counterparts without DSL Internet. Researchers discovered that they are significantly less likely to sleep between 7 and 9 hours, the amount recommended by doctors. The research is no doubt something that would impact todays generation on a large scale. 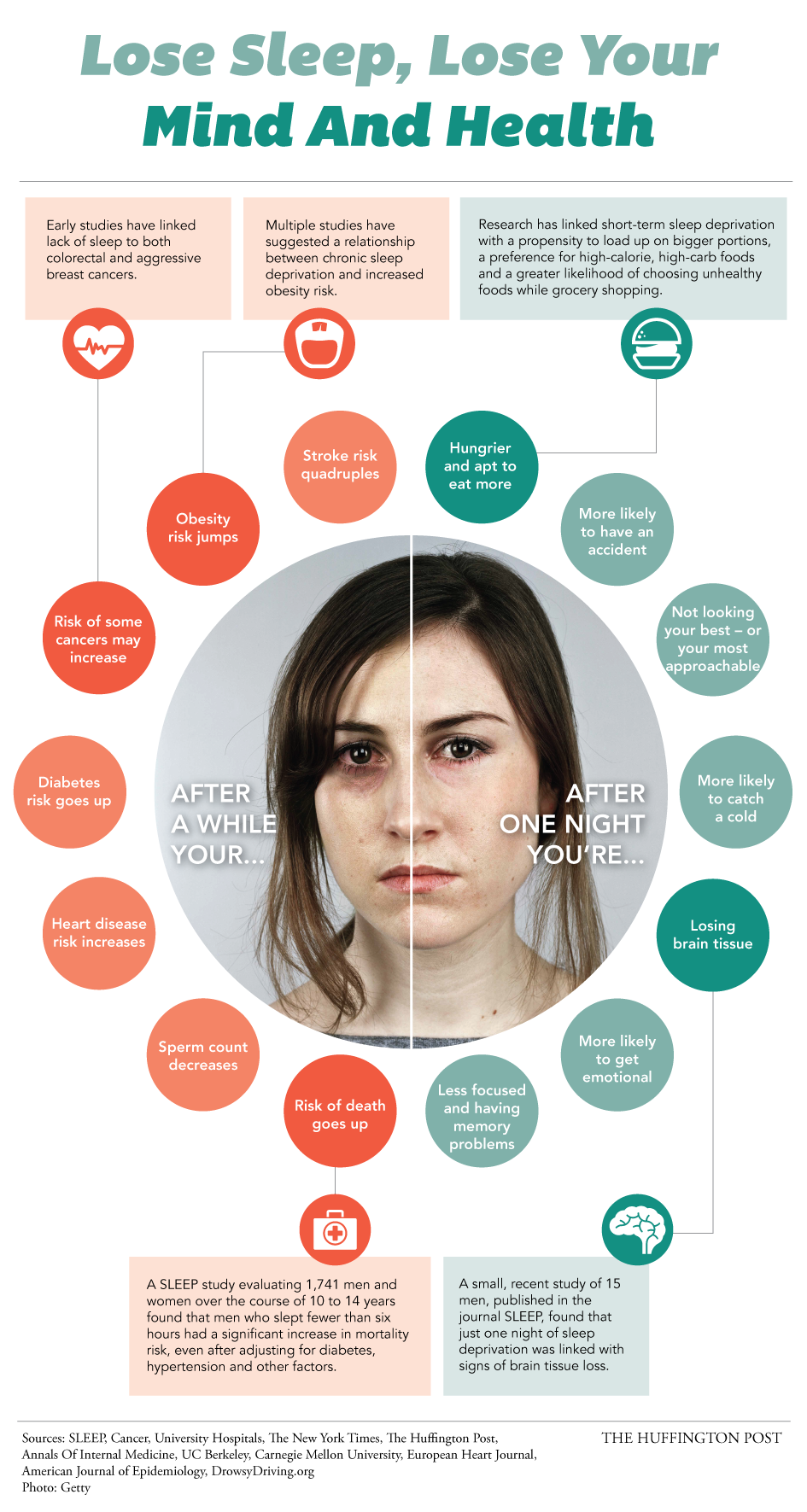 Earlier this year, another study showed that losing sleep can also impact how much weight an individual can lose at a given time.

The study was conducted over eight weeks by researchers who asked 15 overweight individuals to concentrate solely on cutting calories. The researchers also told another 21 individuals to both cut out calories and get less sleep than they would usually. The research showed that dieters in the sleep-deprived group of participants lost approximately one hour of rest on each weeknight and then got an extra hour of sleep on Saturdays and Sundays. When the experiment came to an end, individuals in both participating groups had lost on average 7 pounds (3.2 kgs). However, in the sleep-deprived group of participants, people lost less fat tissue and more lean muscle.

Kristen Knutson, a sleep researcher who wasn’t part of the study noted to Reuters that “People who want to lose weight, and lose fat in particular, need to avoid sleep loss during the week because you cannot make up for lost sleep on weekends.” She added, “Of course, calorie restriction and exercise are both very important for weight loss and weight maintenance, but these results among others suggest that sleep also needs to be considered.”

So with more and more studies revolving around sleep being made every year to warn us of just how important getting to recommended hours per night really is, will you change your sleep schedule to increase your health?