As reported by The Washington Post, according to a brand new study co-authored by 512 researchers from 243 institutions, published in the prestigious journal the Lancet on Thursday, there is in fact no healthy amount of drinking, despite many individuals having previously relaxed opinions on the matter, assuming that one of two drinks per day was in a sense, good for your health.

According to the study, researchers began by building a database of over one thousand alcoholic studies and data sources, as well as death and disability records from 195 countries and territories between 1990 and 2016. The goal of the research was to estimate how alcohol exactly affects an individuals health and more specifically, the risk of 23 health problems. When comparing results of the study, researchers were shocked to find that there was zero and that anything more than zero was deemed to be associated with various health risks.

Professor of global health and metrics sciences at University of Washington, Emmanuela Gokidou commented on the matter, stating “The evidence is adding up that no amount of drinking is safe,” Gokidou continued, “I don’t think we’re going out on a limb to say anything that the data does not support.”

The new study was reportedly based largely on a review of approximately 700 existing studies on global drinking prevalence and around 600 studies on alcohol and health that resulted in finding out that alcohol was the seventh leading risk factor for premature death in 2016, contributing to 2.8 million deaths worldwide. The number is equivalent to 2.2% of all female deaths and 6.8% of all male deaths that year, according to the study. 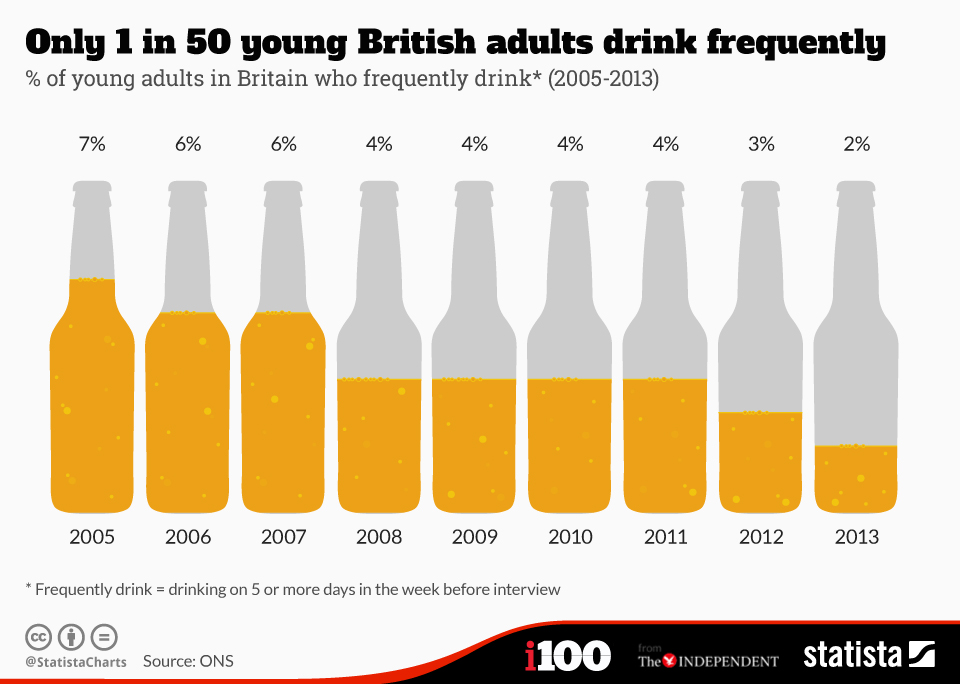 The standard individual tends to know the risk of large health concerns becoming more prominent when you increase your alcohol intake, which is something the study also confirmed. The study also showed that compared to non-drinkers, individuals who had one alcoholic beverage per day were shown to have had a 0.5% higher risk of developing one of 23 alcohol-related health problems, including but not limited to cancer, road injuries and tuberculosis, in any given year. While those numbers resulted in equaling only four additional deaths per 100,000 people per year, those who had two drinks per day had a risk 7% higher than non-drinkers, and at five drinks per day, the risk was 37% higher.

“What’s surprising, is that no amount of drinking is good for you,” said Gakidou. They added, “People should no longer think that a drink or two a day is good for you. What’s best for you is to not drink at all,” she continued.

The study also noted that a number of Muslim countries were shown to have almost zero alcohol consumption on a daily basis. The average for women in locations such as Iran is essentially zero, registering at 0.0003 drinks a day, the lowest rate globally. The lowest for men was recorded in Pakistan with an average of 0.0007 drinks daily.

The study comes to a shock to many who had grown up with the idea that casual drinking was good for you, and even more to those who incorporated the practice casually into their diets. However, the research doesn’t seem to impact the medical advice most individuals are given regardless of prior studies, in that drinking moderately will always be better than drinking too much.

Dean of the Friedman School of Nutrition Science and Policy at Tufts University also comments on the study, noting “I think this is actually consistent with every organisation’s recommendation that, overall, no one should start drinking to prevent heart disease or diabetes,” He added, “No organisation has ever recommended to drink alcohol. The recommendation has been that if you drink — and that’s the key caveat — don’t drink more than moderately.”