Celebrity beauty brands are always popping up and coming in and out of the spotlight, but just because a celebrity places their name on a new product, doesn’t necessarily guarantee that the product will work that way it’s advertised or even be a success as a whole. They key is actually taking a hands on approach and being thoroughly involved in the entire process, having a vested interest and most importantly creating something that is in demand and gives customers value for money. Here’s a few of 2018’s most popular make-up brands from celebrities.

In 2014, Jeffree Star, a Myspace phenomenon most known for his popular 2000’s music founded his e-commerce makeup brand, Jeffree Star Cosmetics, using his life savings. Upon the launch of the cosmetics line, Jeffree Star began making videos promoting the brand on YouTube, where he subsequently became a popular YouTuber and accumulated more than 9 million subscribers and over 1 billion views as of 2018. Jeffree Star has received a large amount of media attention for his appearance, care-free personality and make-up products, even to the point where Bustle magazine described Star as “a musician and onetime Myspace celeb that reinvented himself in the YouTube makeup tutorial space.”

The brands first cosmetics release was a collection of velour liquid lipsticks, which were shortly followed by highlighter palettes called “Skin Frost”, lip scrubs, eyeshadow palettes, clothing, and accessories, such as mirrors and make up bags. The products are known globally for their vegan-friendly, high-pigmented, luscious feeling that give the customer a bang for their buck. 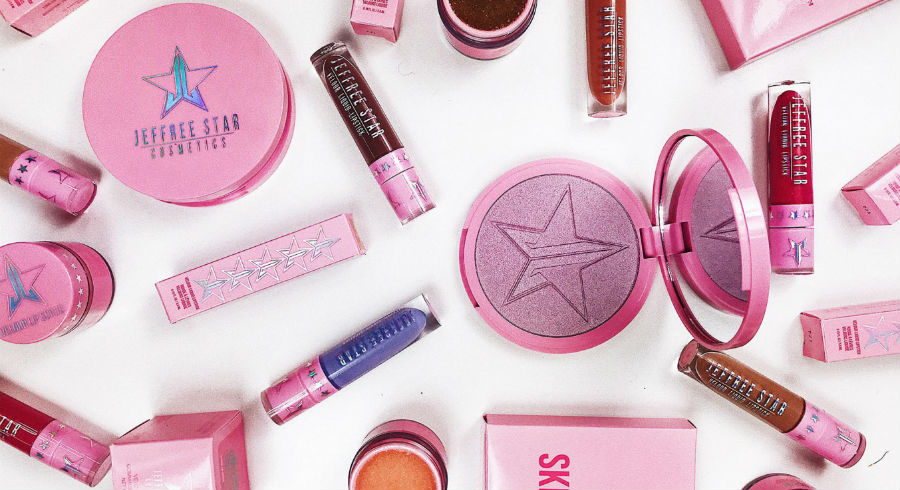 Kylie Cosmetics is an American cosmetics company founded and owned by the youngest Kardashian sister, Kylie Jenner. Formerly known as Kylie Lip Kits, the company was renamed Kylie Cosmetics in 2016 after the release of the liquid lipstick and lip liner set in 2015. In 2018. Since launch, Kylie Cosmetics – most known for its vibrant products and packaging, has expanded to produce highlighter kits, various eyeshadow palettes, concealers with over 30 shades and more.

In 2018, it was reported that Forbes magazine valued the company at over $900 million. 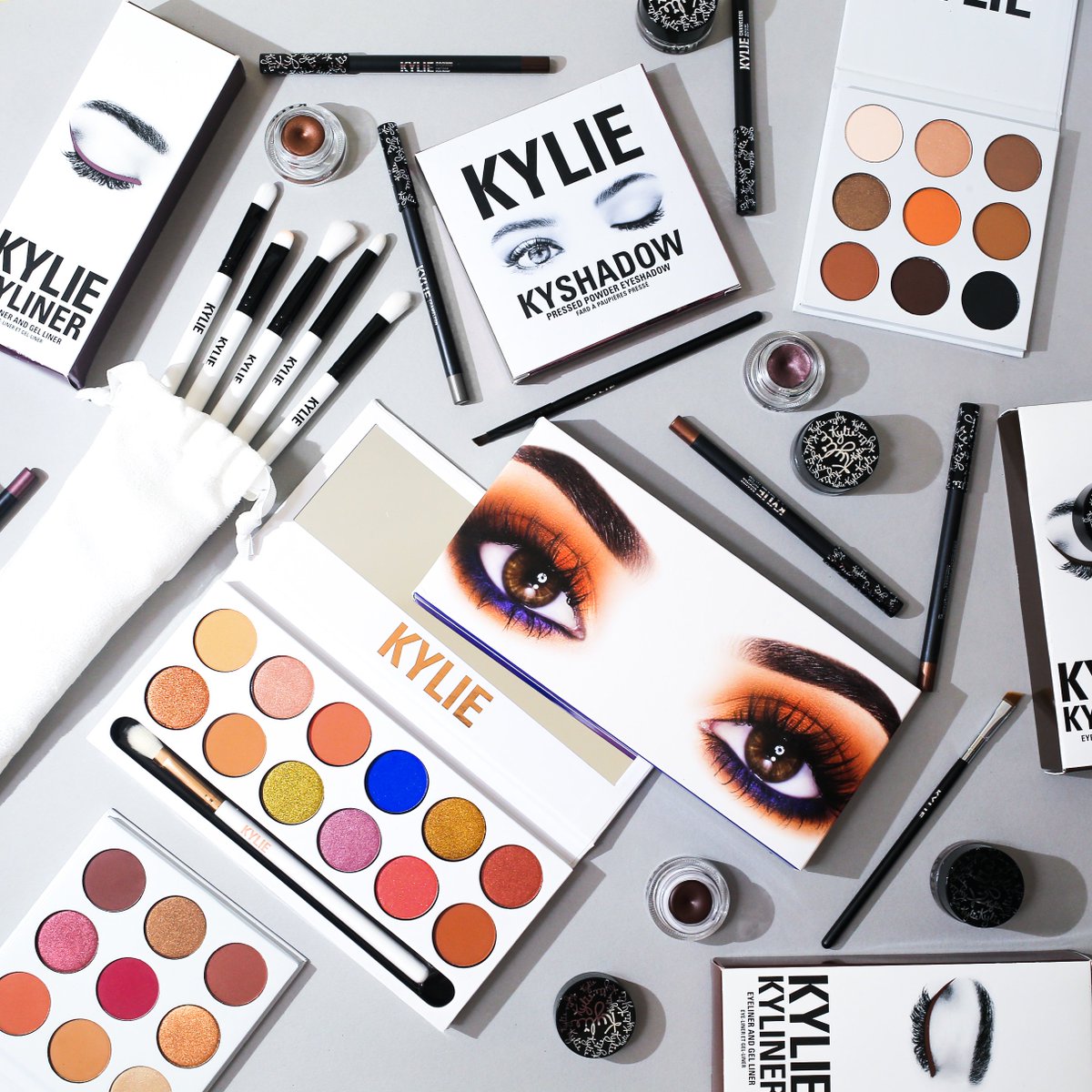 Rihanna took the makeup world by storm when she released her highly anticipated makeup line that featured an almost-unheard of range of products including lipsticks, primers, highlighters and foundations with shades for any and every skin colour from the lightest to the very darkest complexions.

Rihanna and Fenty Beauty products have drawn international praise for the range of shades offered, in particular for including darker shades among the 40 different colours for its Pro Filt’R foundation, which seemingly addressed a controversial topic in cosmetic industry products catered for black women and other women of colour.

Most recently in April, Fenty Beauty released three products in its Beach, Please Collection, including Body Lava, Fenty Beauty’s first body product. Body Lava introduced the world to a liquid that can be buffed into any part of the body for illumination. Alongside the body lava, Fenty Beauty also released the Fairy Bomb Glittering Pom Pom that is both applicator and product. The innovative product features a pom pom that is packed with rose gold glitter designed to fit all skin tones. 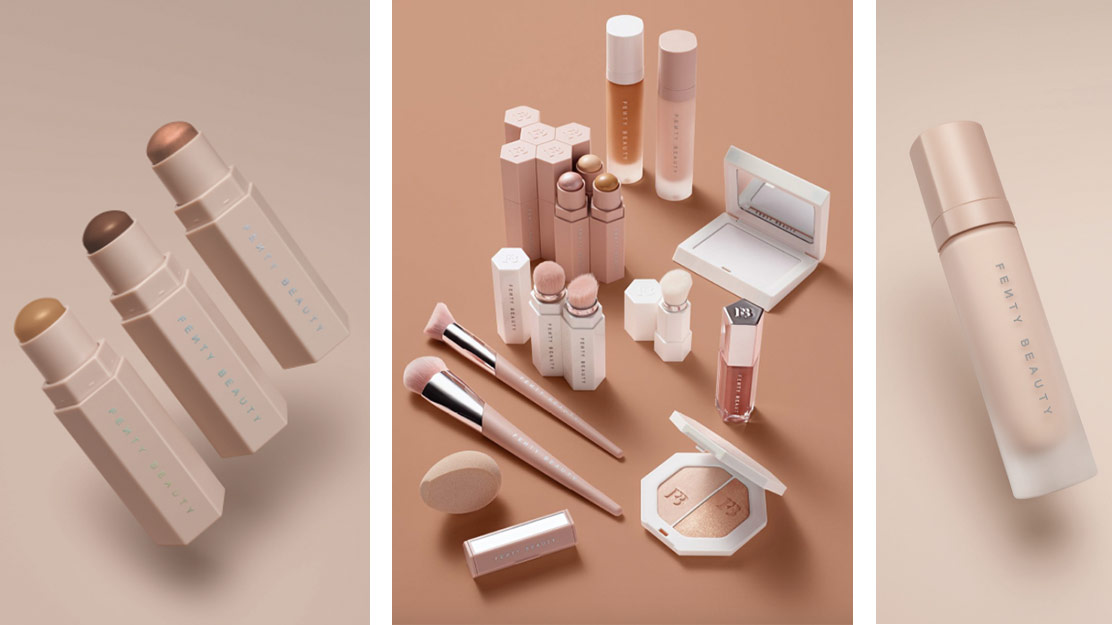 KKW Beauty entered the beauty world when Kim Kardashian announced her very own contour kits on her personal Instagram. After selling 300,000 of the $45 contour kits within minutes of the launch of KKW, which produced an estimated $13.5 million in sales, Kim Kardashian and her manufacturer, Seed Beauty were put on the mad. The duo have since been open with how confident they are that Kardashian’s solo line, KKW Beauty will be even more successful in the future.

Contouring, of course, was what helped Kim Kardashian become who she is today. When questioned on how her kits will be different than her younger sister’s now infamous Kylie Jenner (Kylie Cosmetics) Lip kits, Kim Kardashian stated that her own products will be marketed towards a slightly older audience and include anti-aging skincare properties. 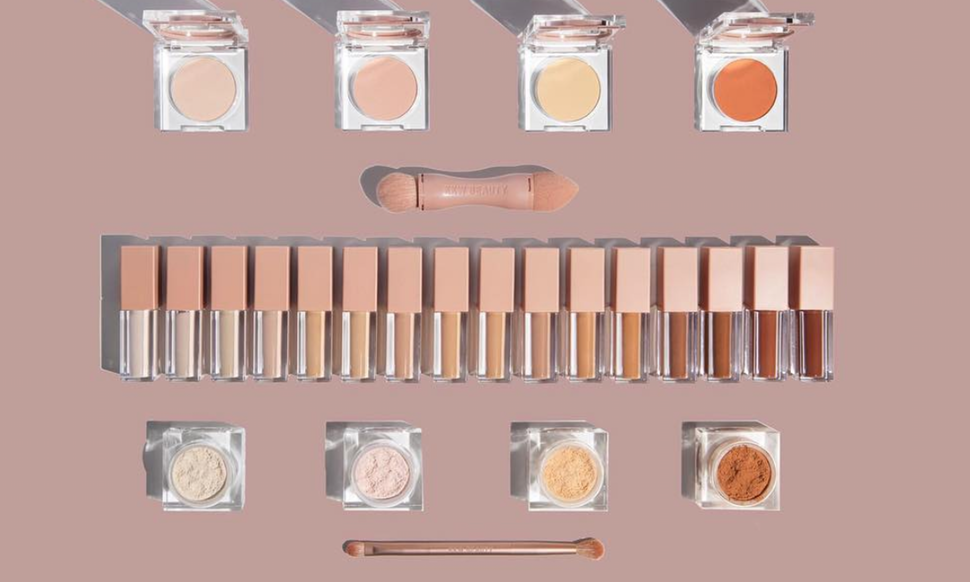