A french streaming service by the name of Deezer has officially conducted a study to figure out exactly what the age at which people tend to stop discovering new music would be. After surveying 1,000 British survey participants, the site discovered that the majority of people tend to hit what they call a “musical paralysis” – a term which an individual would obtain an overall lack of interest and motivation to discover new music at the age of 30.

The results of the study also discovered that over half of the survey respondents said that they had wished they had the time to discover new, fresh music. While 47 percent of respondents over 30 admitted that they were simply just uninterested seeking out new music in the first place. 60 percent of those survey participants also admitted that they were currently stuck in a “musical rut” and agreed that when given the opportunity to listen to music, they were only listening to music that they had discovered in the past, and just over a quarter (25 percent) said they wouldn’t likely be open to trying new music from outside their preferred genres. According to the research, there’s also a confirmed “musical peak” age where individuals discover the most new music. Overall, the study discovered that the prime age for discovering new music is currently age 24 years and eight months. According to the results, 75 percent of survey respondents said that they listened to 10 or more new songs each week and 64 percent agreed that they search out approximately 5 new songs or artists each month. 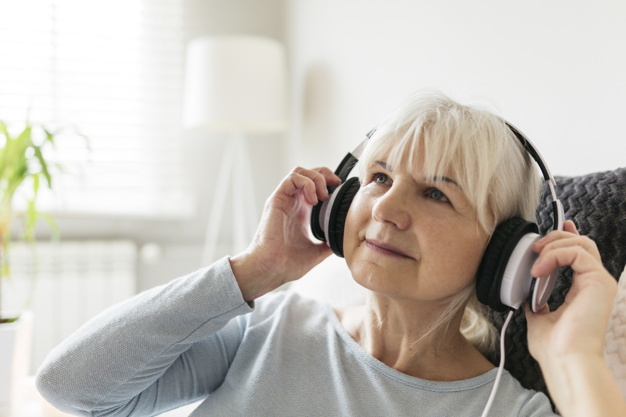 Rather than having less time to listen to music as some survey participants suggested, some research previously conducted over the last few years suggests we listen to the same songs over and over again because of musical nostalgia. One major study in particular found that music had a very powerful effect on the brain to evoke memories, which then lead to an individual conjuring up old memories of the past at school or university, or loved ones.

So, why does this happen? Research has shown how our favourite songs stimulate our pleasure responses in the brain, releasing dopamine, serotonin, oxytocin, and other happy chemicals. The more we like a song, the more of these chemicals flow through our body, and the more likely we’re going to continue to listen again and again. This happens for everyone throughout some point in their life, but is most common in adolescent years when our brains are more likely to be going through a lot of changes.