Millennials are estimated to spend $65 billion on consumer packaged goods over the next decade which puts them in the running to be one of the most important cohorts for grocery stores and retailers to date. The challenge for most of them, however, is that the 80 million millennial consumers shop much differently than older generations. The rising influence of millennials on the shopping scene is not exactly a huge surprise as the years go on, particularly in the ongoing demand for trends to be filled. Now with unemployment at a 17-year low and the economy in sight, younger youth are moving out their parents’ basements, getting married and buying their own homes, something that was a mere dream just a matter of years ago.

Millennials are known to have tendencies to have a trade up and/or trade down mentality, meaning those who are prone will spend a modest amount of money on premium brands they see as a higher quality, but buy private label brands when the brand has failed to create a reason enough value to warrant the premium product.

Accenture looked into the change in retail closer and conducted research in the proprietary global market area on the shopping behaviours of 6,000 consumers (and participants), of which 1,707 were Millennials, across eight countries in total. During the study, they also looked at the capabilities of 60 retailers from around the world to determine whether or not they were providing the customer experience this generation demands. Although Millennials have earned a new found reputation for viewing the world through a uniquely digital-prioritised tech lens, Accenture research discovered that some incredible similarities between them and their predecessors, also known more commonly as the Baby Boomers (born from 1946 to 1964) and Generation X (born 1965 to 1979).

Throughout the study, over half of the survey respondents (55 percent exactly) in all three of the researched demographics said that they  tend to seek out “the cheapest return option.” Additionally, thirty-six percent of those surveyed from all three generations said they will go online to buy from a retailer’s website if they want a specific product when physical stores are closed, and on average, 89 percent of participants said having access to real-time product availability information would influence their shopping habits, like which stores they would frequently shop at most. 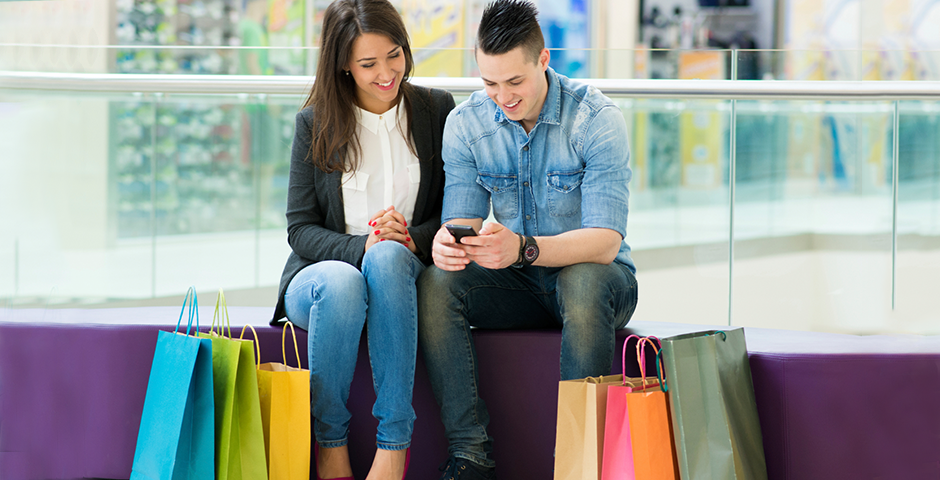 Millennials have a trade up-trade down mentality, meaning they will spend a modest premium on brands they deem worthy, but buy private label brands when the brand has failed to create a reason enough value to warrant the premium. A millennial shopping cart will be stocked with a mixture of name brands and private labels on the same trip. For example, Target’s Archer Farms brand has experienced success with savvy millennial shoppers.

Where Millennials choose to spend their money also differs from older consumers, who are more likely to shop in traditional grocery stores. According to a study from the comprehensive American Millennials Report, a poll was conducted with more than 4,000 millennials, only 42 percent said they shopped at local or chain grocery store compared to 55 percent of those 35 years or older.

It’s not all bad though. Young couples starting or raising families usually spend less on clothes as a portion of their income and more on other goods such as furniture. According to Blitz, Millennials spending money on discretionary goods — the things people want to buy — clearly show the shift under way in the retail world as more demand for different products begin to form. As millennials become a bigger part of the workforce, sales have also risen for businesses like restaurants, sporting goods, books, hobby accessories and home furnishings, among other things, as millennials begin to grow and build their own lives.