After 12pm the joke is on you, right? Fortunately in Britain some top companies and organisations got their April fools pranks done early. Here are some of the best doing the rounds this year.

To bring us the product that absolutely nobody has been crying out for. Creme egg mayonnaise. I mean normal mayo is made from eggs, right? SO I can sort of see how they got there. But crème eggs and mayo just sounds like a match made in hell. Fortunately it isn’t actually a thing, just one of many amusing jokes so you can all sleep sound tonight.

Coleman’s have been at it too

It isn’t just Heinz getting in on the act. Fellow sauce producers Coleman’s chose to day to introduce us to the newest items they will be producing “mustard custard” The advert shows the sauce being poured over a roast dinner. I’m not sure how I feel about that to be honest.

The golden arches are calling

Even Maccys joined in with the fun, advertising that their thick shakes would now come in dip form in order for you to enjoy them with your fries. As somebody who has been dipping his chips in his McFlurry for the best part of a decade I heartily approve if they were to make this product for real. 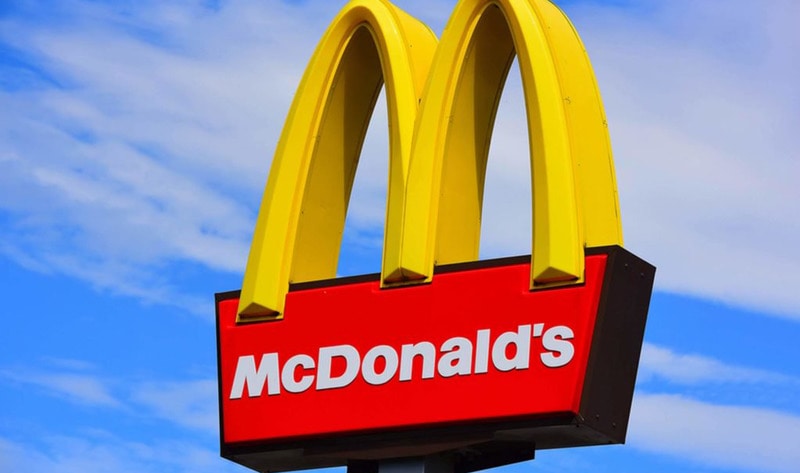 Crackdown by the BTP

It wasn’t just the commercial world having a bit of fun. The British Transport police decided to get in on the act with their own amusing joke. They claimed that they would be issuing hefty fines to anybody caught eating stinky foods on public transport. Offending items included tuna sarnies, boiled eggs and any sort of take away food. We can’t help but think that they low-key want to actually do this!

On the subject of food

An awful lot of these pranks seem to revolve around it. One such prank includes deliver giants Deliveroo. The company claims that they are cutting any company from their list if they don’t serve crustless options. Allegedly they are removing more than 14 takeaways because the companies serve their pizza with a plain crust. They allege that the majority of their customers don’t like plain crusts and this is the reason for the move. Personally I couldn’t care less about the crust I would just prefer it if my pizza actually showed up on time.

One of the more high profile gags were claims that Heathrow airport was going to be renaming its terminals after the Royal grandchildren. The renaming allegedly would result in Terminal 5 being redubbed the Prince George Terminal and Terminal 4 redubbed the Princess Charlotte Terminal. The fly in the ointment would mean all the road signs would need changing this would mean all the roads around London would have to be closed for the day. That sounds far-fetched but having driven around London it really isn’t that much of a stretch! Most of the time the traffic isn’t moving anyway.

Speaking of closed roads another hilarious gag was claiming that the M25 would be closing for a period of time in order to have a cycle lane added! Of course anybody who has a tiny bit of highway code knowledge will be aware that bikes of any kind aren’t allowed on the Motorway, but that’s none of my business.

Tinder the height of internet dating

Finally we leave you with a brilliant gag. Tinder claimed it would be introducing a height verification process to stop people lying about their height. According to the app the service would work by people posting pictures of themselves next to famous buildings and then using tech wizardry to confirm their height.