This past weekend I travelled to Woking to watch an important non-league match between Woking Town and Torquay United. Before the game, United were 7 points clear at the top of the league. And managed to keep that gap intact thanks to a late flurry. In terms of the football on show, it wasn’t particularly attractive. It’s unusual to find games that are at that level. However, the excitement and drama are typical of what makes the beautiful game earn its moniker.

Although for the most part the fans were impeccably behaved. They were boisterous and vocal but very good natured. As I sat and watched on the crowded terrace. The first prejudice I heard wasn’t racism. It was a fan making a joke about a player’s sexuality. It started off fairly innocuously with one of the fans yelling “I bet your wife F***s you”. A touch of toxic masculinity in there, but nothing too bad. But that was followed up by someone yelling “What are you talking about, he’s clearly in a civil partnership.” the insinuation being that the player is gay. 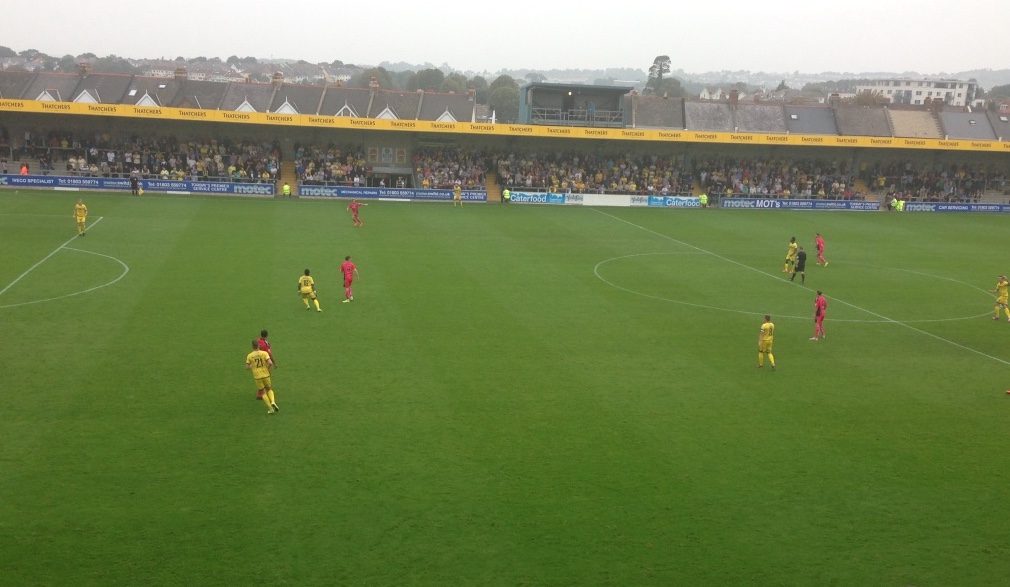 Is that really a big deal?

Well, yes. There were a host of young kids at the game. Don’t get me wrong if you are taking your kids to a football game they are going to be exposed to foul language. That comes with the territory. But imagine if some of those young boys watching the game were struggling with their sexuality. Imagine how that must feel to be gay and to have another person getting a cheap laugh from using homosexuality as something you can deride somebody over. Now, do you get it?

Although that irked me. I took a deep breath and re-focused on trying to enjoy the game. Woking were dominating and were 2-1 up. When they scored a third, former Torquay United player Ben Gerring ran past the away end cupping his ear, the suggestion being that his new side had silenced the travelling Torquay crew. That probably wasn’t cool but to be fair he had been ribbed throughout the match and since moving had often been roasted on social media.

Shortly after that one of the Woking players, who happened to be black, came to our touchline for a throw-in. He received angry boos and a host of swear words, once again this is part and parcel of being a footballer. When you are taking a throw near the other team’s fans you are going to get jeered. However, I overheard somebody close by yell “you f***** monkey”

Racism is not okay

I didn’t see who had said it but I wanted to turn around and give him a piece of my mind. I wanted to call him on it. But I didn’t. I am ashamed to say, partly out of fear. I hadn’t been to a game in years. What if this guy was a regular? What if he shared the views of the rest of the fans? I was a coward and I kind of hate myself for that.
I hardly joined in with the chants after that I was so annoyed. In my head at least this man represented the support of this football team and if that was the level of support I didn’t want to class myself as part of it.

After the game, I spoke about the incident with my friend a regular Gulls fan. He said he had heard it too and told me he was so angry that he wanted to stab the guy! He assured me he had never heard racism there before. It goes to show that in light of the recent FA campaigns to combat racism that we have to take the plight of people like Danny Rose who recently spoke out seriously. At all levels of the game, it still happens. I failed to call this guy out on his words, but so did the hundred or so fans around me. That is really sad.