So in the spirit of saving you lovely folks some time here are some of the best freebie games that you can pick up for your mobile devices. Advanced warning these could really eat into your free time! You have been warned.

I literally discovered this game today and it has been preventing me from doing any meaningful work ever since. It is ridiculously simplistic: tap on a rocket. Strategically press the screen a couple of times to make it go faster and colonise planets. Colonised planets give you a streaming income and you use this to upgrade your rocket and so the cycle continues. It’s pretty, simplistic and addictive.

If you have played anyone the previous New Star games this one does not stray too far from the game-play of their previous titles. It is still an entertaining mix of swipes and taps to control your players as you battle to win matches. The difference here is that behind the entertaining match engine is a management game that is good in its own right. The game is free but the pop-up ads can be a bit irksome. It’s worth paying £5 to get rid of them as you will play this a lot.

We recently did an article on this awesome base building game. At its core, it’s a simplistic resource management games but with additions like missions, a breeding mini-game and methods by which you can train your refugees this game is arguably more entertaining than the proper fallout series. 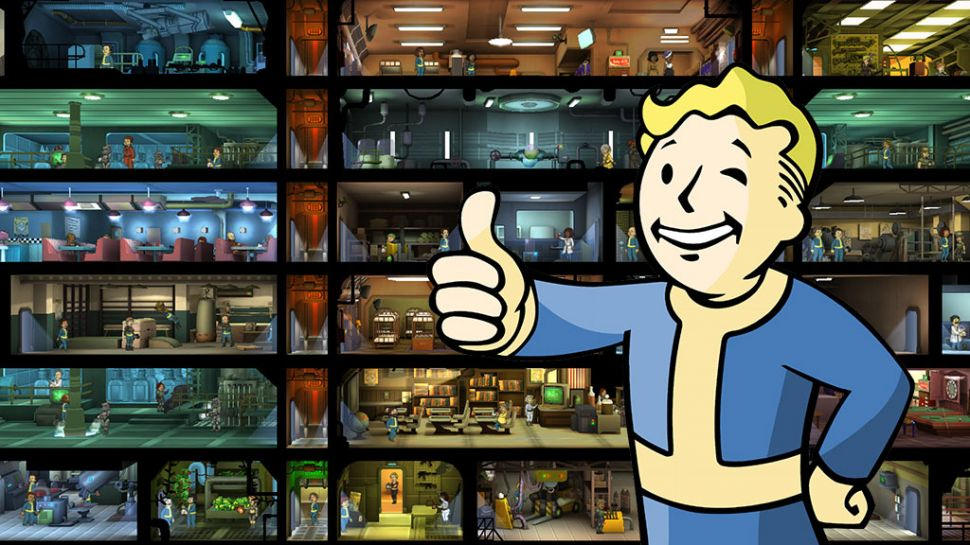 This one finger special game is just that, special. You move a group of people around a town centre. When you run past white “men” they change their colour and effectively join your group. When a group meets another group the larger group converts the other group’s players. It is an online multiplayer title too so you are playing against fellow humans. Winning rounds earns you coins to buy new skins for your faction.

This is a typical upgrading business game. Although it calls itself idle you can only collect offline for a short amount of time. Admittedly there are lots of incentives to watch ads but the amount of mandatory ads is virtually zero. However, the game gets pretty addictive and you are probably going to wind up watching adverts just to get bonuses! The art style and music are both great in this addictive little title.

This simple puzzle game is a lot of fun. It takes some real brain power once you get past the first few levels. The graphics are quality and the production levels are high. The fun comes in unlocking new weapons and outfits for your killer. Weapons especially give new visuals as you slash your way through unsuspecting campers.

There is a sequel for this beauty on the horizon and I am eternally grateful for this. Considering you do so little in this game it is surprisingly addictive. Don’t believe me? The proof is in the games burgeoning community.

This is a game that actually made people go outside. DO I need to say more than that? The game was one of the only games to have really taken augmented reality and make it fun. It features live events and is constantly being upgraded. It also links nicely with the latest Pokemon game on the Nintendo Switch. If that isn’t cool then I don’t know what is.

Idle games may be pretty common now, but this is one of the earliest incarnations and still one of the best. Upgrade your business and hire people to run them for you. It’s so simplistic and you don’t need to be on it to play, but we guarantee you will be.