YouTube has a premium service and if you are anything like me you might think, what is the point? Well for starters it will let you continue listening to music when you switch to a different app on your mobile device! But that alone probably isn’t worth your hard earned money.

Like Netflix and Amazon Prime the streaming giant has been dabbling in original content. Although their library isn’t quite as impressive as its rivals they do have a free month’s trial that you can take advantage of and it is worth it if for no other reason than the fact it streams Cobra Kai

Cobra Kai is a drama show that has recently finished its second season and is likely to come back for a third following its dramatic cliffhanger. It details the lives of two of the main characters from the original Karate Kid film. 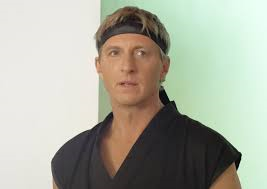 Okay for those of you who don’t remember, The Karate Kid was an eighties masterpiece. It was a classic tale of a teenage boy (Daniel) who falls in love with the school bully’s (Johnny) ex-girlfriend. This leads to him being victimised regularly but he befriends an ageing Japanese guy (Mr Miyagi). It turns out Miyagi is a karate wizard who teaches Daniel to stand up for himself in a wholesome and spiritual way. Daniel uses this to outdo the bullies and eventually beat defeat Johnny in a major local tournament after which Johnny shows himself to not be a total douchebag, unfortunately, his sensei (or teacher to the uninitiated!) is actually a total douchebag.

It is at least a couple of decades since Daniel and Johnny duked it out for the championship and their lives have taken very different paths. Johnny is a wealthy business owner, happily married with two kids and Johnny is a destitute failure being propped up by his emotionally abusive step-father. Johnny decides to turn his life around by re-opening the Cobra Kai dojo, the establishment where he learnt karate as a kid. Is it any good?

In a single word yes. If you liked the film as a kid and if you were brought up in the eighties then there is a good chance you did, then you will love the show. It is full of nods to the original source material.

This doesn’t mean it is a cheesy nostalgia show though. It is a modern drama. The main character is Johnny, unlike the original films. This is effectively his story. At the start of the show he appears to be just a surly individual but as the show develops so does his character. We learn more about why he wasn’t particularly cool as a kid and see him become increasingly likeable. Unfortunately, he is a flawed character and his flaws mean he never seems to quite fit in the modern world.

At times the acting can be a little hammy. As you would expect from a cast full of teens. It is good “teen acting” but that could be considered a backhanded compliment! However, William Zabka gives a tour de force performance which has his name echoing in mentions of Emmy nominations. If his acting was wooden as a teen then this show could equally show how his acting skills have developed! Each grimace and pained expression tells a story which somehow makes the “karate cult” nonsense going on around him seem at least a tiny bit more plausible. 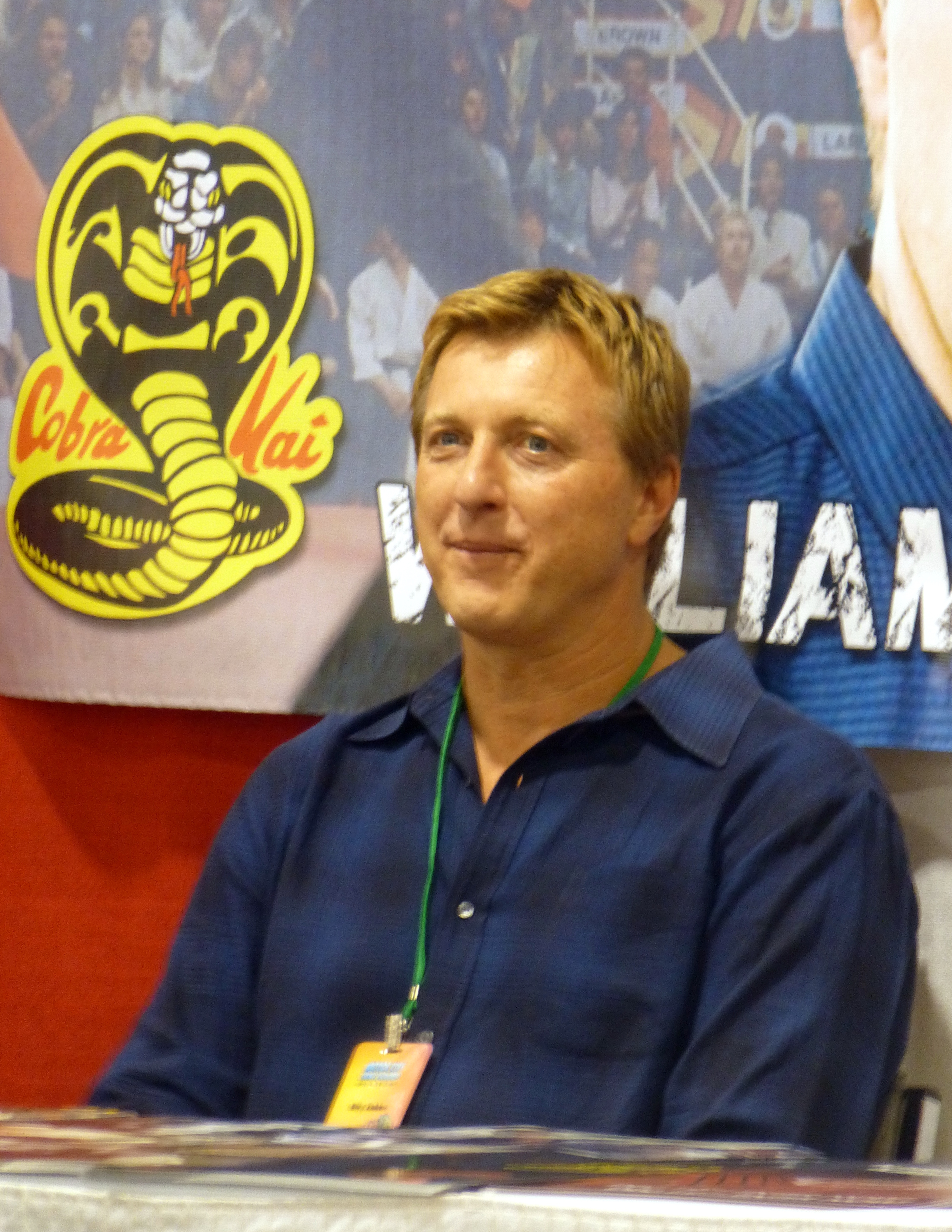 The show does touch nicely on a lot of modern issues. It does somewhat walk that tightrope between being positive and banging us over the head with morals, but then The Karate Kid always did do that. What this show does well is shades of grey and for that alone it is worth a watch.