It seems like everyone is using it these days, from the Kardashians to the girls from your school who show up periodically on your Instagram feed. FaceTune has become a massive phenomenon in photo-editing culture, offering many of the same functions as Photoshop in an easy-to-use app format. But, with the body positivity movement growing in support, could FaceTune be setting us back?

The team behind it originally only hoped they’d be able to sell enough copies of the app to raise a few hundred thousand dollars. Instead, the selfie-editing app was a smash hit whose digital fingerprints can be seen all over the internet. Pores, lines and zits are airbrushed to oblivion, teeth whitened and waists tucked in – all a new standard of “normal” thanks to the easily accessible (and sometimes – believable) editing software. While it has been endorsed by a swarm of Instagram influencers and celebrities including Khloe Kardashian – the social media equivalent of a royal warrant, YouTube stars like James Charles, among others have no doubt influenced many of the younger generation to get on board with the app.

So, why do so many of us prefer the filtered versions of our faces as oppose to those that aren’t?

“Snapchat filters refine the face,” explains Dr. Daniel Maman, a board-certified plastic surgeon in New York City, said in a statement about the matter. “They smooth blemishes, wrinkles, and give the skin a glow. Some filters also make the eyes appear bigger and lips plumper.”

Naturally, we like looking what we’ve come to believe, through years of exposure to subtly confidence destabilising imagery and harmful yet tenacious beauty standards, is our best; it’s what motivates us to buy acne spot treatments, conditioner, contour kits. But for some, the desire to look our best means looking “better” than we ever could in the flesh, and we as a generation tend to justify using filters by telling ourselves that if even the most conventionally beautiful models, celebrities and actors are Photoshopped for ads and editorial spreads, than so should we. 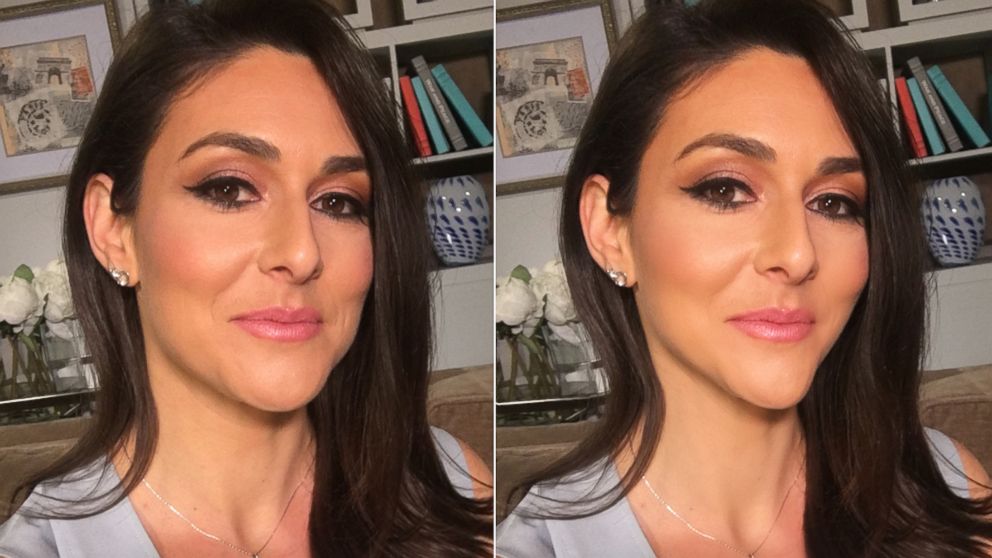 In fact, according to a recent study that touched on Body dysmorphic disorder (BDD) – an excessive preoccupation with a perceived flaw in appearance, often characterised by people going to great and at times unhealthy lengths to hide their imperfections. This can include engaging in repetitive behaviours like skin picking, and visiting dermatologists or plastic surgeons hoping to change their appearance. The disorder affects around 2 percent of the population, and is classified on the obsessive-compulsive spectrum.

The viewpoint authors reference studies that show teen girls who manipulated their photos were more concerned with their body appearance, and those with dysmorphic body image seek out social media as a means of validation. Additional research has shown 55 percent of plastic surgeons report seeing patients who want to improve their appearance in selfies.

“A new phenomenon called ‘Snapchat dysmorphia’ has popped up,” said Neelam Vashi, MD, director of the Ethnic Skin Centre at BMC and Boston University School of Medicine, “where patients are seeking out surgery to help them appear like the filtered versions of themselves.”

According to the authors, surgery is not the best course of action in these cases, because it will not improve, and may worsen underlying BDD. They recommend psychological interventions such as cognitive behavioural therapy and management of the disorder in an empathetic and non-judgmental way.

“Filtered selfies can make people lose touch with reality, creating the expectation that we are supposed to look perfectly primped all the time,” said Vashi. “This can be especially harmful for teens and those with BDD, and it is important for providers to understand the implications of social media on body image to better treat and counsel our patients.”