Blizzard is on a bit of a relative tear when it comes to major Overwatch updates. Soon after adding the Workshop customisation tool, its offering players the chance to watch back their matches from any perspective with a handy replay feature.

During Blizzards big reveal, the gaming giant revealed that Overwatch will be updated with a new replay feature that will allow players to dive back into previous matches and watch how the action unfolded from any perspective. The Replay feature is currently available on the Public Test Realm PC, where it will be put through its paces before being officially made available on all versions of the game.

As detailed on Blizzard’s website, players will be able to watch replays from the first-person and third-person perspectives, or take a bird’s-eye view of it all. The action can be sped up or slowed down, and the UI can also be removed. Replays will be accessible from the Player Profile page, where the Replays tab will appear. Overwatch will store the 10 most recent matches from all games, except for the Tutorial and Practice Range modes. However, Blizzard notes that replays will be available for the duration of a patch, so if the game is updated to a new version, replays will be reset–as is also the case for Highlights.

You can view available Replays from your Player Profile under the Replays tab. There you’ll be able to load up your 10 most recent matches in all game modes (except for Tutorial and Practice Range). Replays will be available for the duration of a patch; as with Highlights, your Replays will be reset when a new patch launches.

Of course, there will also be a number of keyboard shortcuts to make accessing the new feature easier, including: 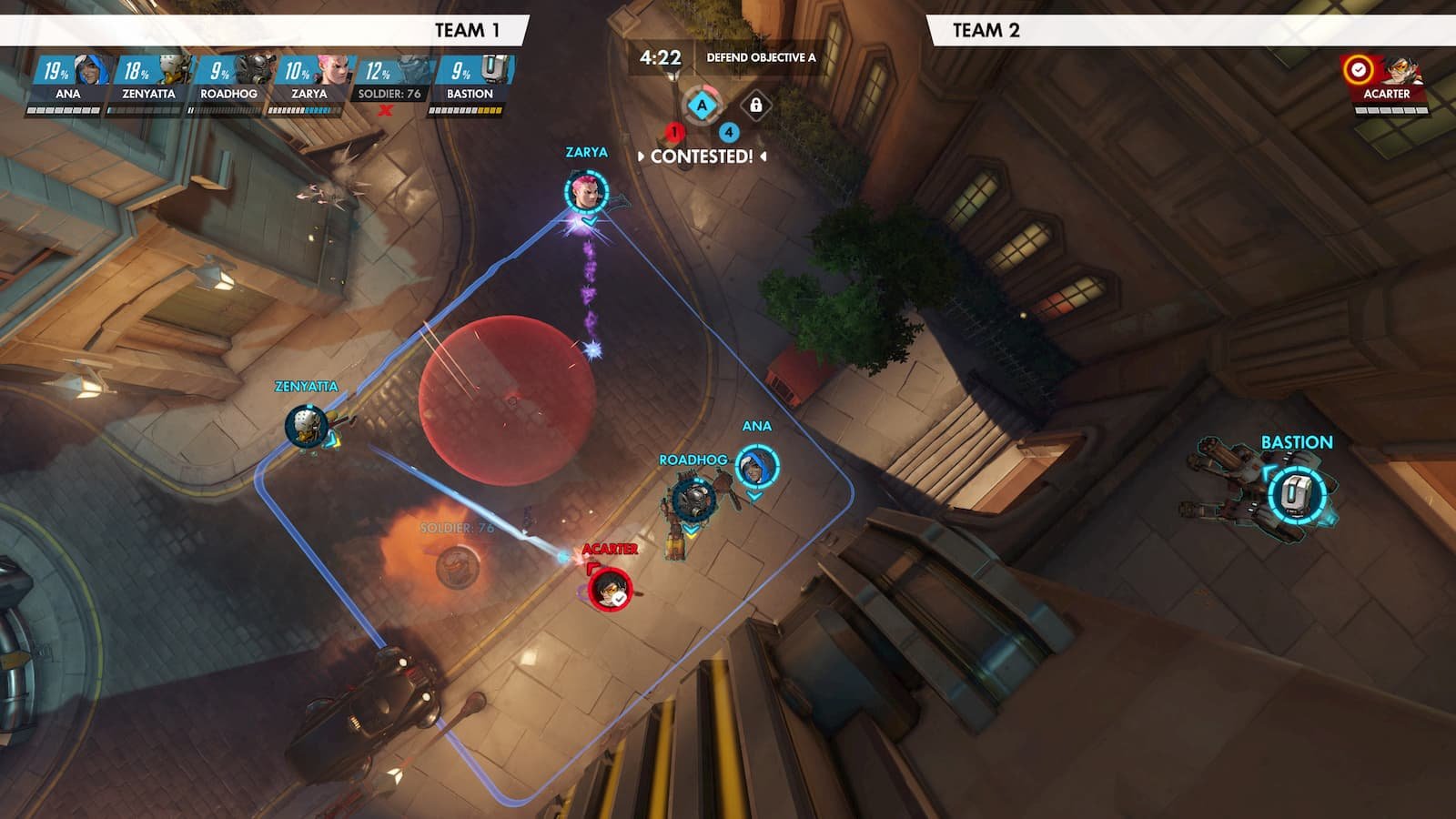 A complete list of shortcuts can be found by pressing Esc and selecting Options > Controls > Spectate. These keyboard shortcuts are fully customisable.

If you want to learn how a specific player uses a hero, make sure to spectate both them and the enemy they’re attacking. This will help you understand the difference in their play styles. Using the map overlay (Ctrl+I) to watch a match will help you understand how team fights unfold. The icons for each hero provide status indicators so you can see exactly what is happening to that player.

For the best view when using the map overlay, position your camera high in the sky and look straight down at the ground. This allows you to see an overhead map when using the tool. By simply setting up static cameras in specific locations can help you view fights from multiple perspectives and better understand team rotations. Remember to bookmark your locations each new match.

It’s also worth noting that the replay system isn’t all that changed in the latest PTR patch. Blizzard is also making huge changes to how assault maps work, with the amount of time added to the clock after attackers capture the first point dropping from four to three minutes. For a brief time, defenders will also respawn faster after losing point A to reduce the chance of the attacking team immediately steamrolling their way to a point B capture.

Aside from this, the range of D.Va’s powerful Defense Matrix has been reduced from 15 to 10 meters, while Orisa can finally lay down her shield without it canceling her reload animation – something players has expressed difficulty in earlier. McCree, Symmetra, Torbjorn and newcomer Baptiste have also been tweaked in the patch, which will likely arrive in the full game in the next few weeks.