The upcoming “classic” take on the popular MMORPG that celebrated its 15th anniversary earlier this year was playable at BlizzCon 2018. However, there will also be a special “World of Warcraft: Classic” demo available for attendees who didn’t get a chance to make it out to the event.

Anyone with a Virtual Ticket or regular BlizzCon 2018 attendee ticket will be able to download the demo at home. The demo comes with a 60 minute playtime limit as well as a 90 minute cool down period, where you’ll need to wait a bit of time before logging in to play again. Players will begin at level 15 to get a good feel for what the game will over and will be capped at level 19, at least at this point in time. 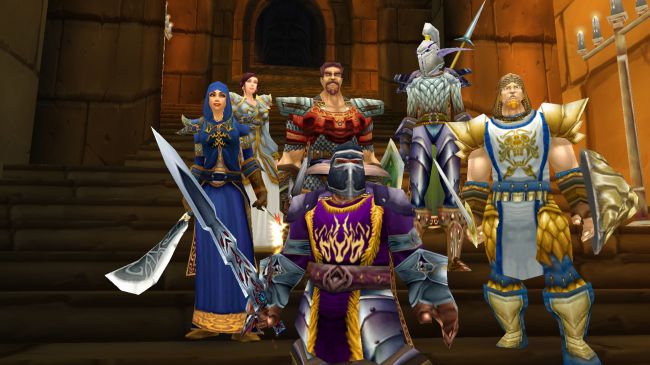 The new classic version of the game will be included free to play to anyone with a “World of Warcraft” subscription, which means new players who join the game will have access to the entirety of the “Warcraft” catalogue when opening a new account for “World of Warcraft: Classic” without paying an additional fee. Although the release is a few months away, many excited players have already been granted access to WoW Classic’s closed beta that is currently running. There’s a small chance you can get access to it by going to your beta profile settings found at the bottom of the “Games & Subscriptions” menu under your account settings on Battle.net. There you can check off that you’re interested in participating in betas for WoW Classic.

There are also a number of scheduled public stress tests that will be happening before launch, set to commence June 19 to June 20 and July 18 to July 19.

Character creation will start early on August 13, so those with an active subscription can create and reserve up to three characters per account.Blizzard hasn’t explicitly stated whether players will have to buy WoW Classic up front in order to play, but it has said that you won’t require a separate subscription to play it. Those who already subscribe to WoW will have WoW Classic included in the price of their subscription. Those who don’t actively play WoW will have to pay the usual $15 USD a month to play it.

As we approach the summer release date, Blizzard is constantly revealing new information. More recently, it revealed how itemisation would work in WoW Classic. Without going into too much detail, all abilities and equipment will function as they did in patch 1.12. While dungeons, raids, and PvP features will gradually roll out like they did during WoW’s initial release, equipment and abilities won’t constantly change to reflect the minor adjustments that Blizzard made with each patch.

The spotlight wasn’t solely on “Classic” during the BlizzCon 2018 keynote, however. Additionally, a new “World of Warcraft: Battle for Azeroth” cinematic debuted during the keynote. The Lost Honor cinematic explores Saurfang, the Horde general, who was captured at the conclusion of the Battle for Lordaeron. The clip was meant to help set up the story that’s meant to unfold in the upcoming Tides of Vengeance patch, which will be releasing in the next few months.