Gears of war may not be the worlds most well-known eSport but that doesn’t mean that it doesn’t pay to play. The pro-league pot was around three million dollars last year. So if you’re good it’s not a bad way to earn a living! With that in mind, a lot of eSports players were probably excited to see what gears news came out of E3.

The staging for the event was as over the top as the game itself. There was terrific staging, pyro and music. It felt like a big deal. Gears of War has always been a game that is larger than life and that definitely translates into the marketing of this latest incarnation.

What we already knew

We knew Gears five would be a sequel to the fourth instalment. Therefore we knew most of the returning characters from the previous title. We knew it would feature a single player campaign and a multiplayer element and we assumed it would contain the popular Horde mode.

One of the major announcement for the game is that there is pre-order downloadable content. As is common for shooters this comes in the form of a character skin. And what a terrific skin it is. Gears have combined with the Terminator franchise to bring a playable version of the T100 cyborg. The video clip of the T100 holding a lancer has got gamers psyched to preorder so they can get their hands on the bonus. It is one of the better-looking Gears skins Epic has produced.

The new mode is called Escape. Although they were light on details we have been able to glean some info from watching gameplay footage. The concept appears to be that a small squad of three players let themselves get captured and taken into the enemy base. They then break out and need to escape, doing as much damage as possible in the process. It is a novel concept, although the gameplay footage hasn’t shown it to be anything particularly special. Having said that it appears different members have different roles. It would seem one member bears a shield while one can spawn ammo (which seems in short supply.) It will be interesting to find out more about this mode as September draws closer.

There hasn’t been a great deal of footage from the game released, but what we have seen is mostly from Escape mode. It looks very Gears-esque. Some of the new alien/DB hybrid characters look very cool but no new weapons have been revealed in the videos. The frame rate for the game seems particularly smooth and it may well be the sexiest looking incarnation of the game to date. 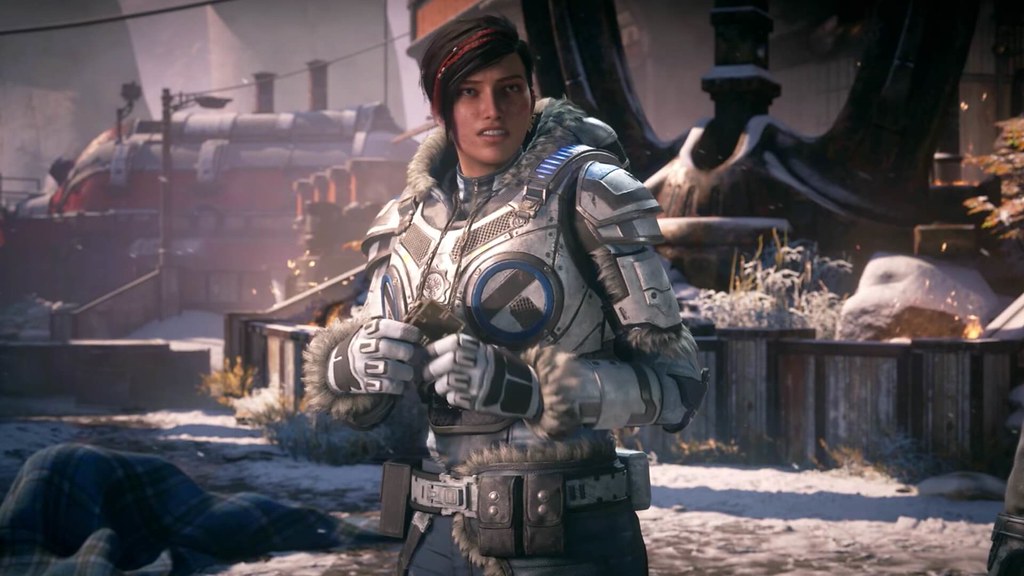 So when can Gears fans expect their dreams to come true? Well, you don’t have long to wait, it is heading our way on the tenth of September. However, for “games pass ultimate” subscribers you can access the game four days earlier. Surely it is worth subscribing for that alone? 4 days early? In that time you would have completed the campaign before the game has officially launched.

Obviously, there is a fair amount of information that we have yet to discover. What new weapons there are going to be for instance. Every incarnation of the Gears franchise has brought us a new set of guns to play with and this will probably be no different. During the summer we will also get to see how the multiplayer has developed and if there are any new executions. Executions are one of the coolest things about the franchise and I’m sure you all can’t wait to see what new and exciting ways the Gears have to dismember “grubs”.